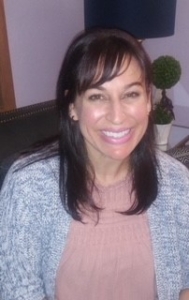 Kimmy Oman is a family nurse practitioner.  She received a bachelor’s degree in nursing from the University of San Francisco and a master’s degree in the family nurse practitioner program from the University of Cincinnati.  She began her nursing career as an Officer in the United States Army Nurse Corps.  During her time in the military, she had the opportunity to serve her country in support of Operation Iraqi Freedom, which ultimately influenced her decision to become a nurse practitioner.  Following discharge from the Army in 2010 and completion of her graduate degree in 2012, Kimmy began working as an advanced practice nurse in a private family practice in the rural town of Samson, Alabama.  Kimmy and her family moved to the Tulsa area in 2015 in support of her husband’s career and to be closer to family.

It is with a strong commitment to providing holistic, patient-centered care and a call to love and serve others that Kimmy is proud to be working with Strength of Mind.  What better way to love and serve than to work with an organization that offers hope and compassion.

Kimmy is extraordinarily blessed to be the wife of a super awesome helicopter pilot and mother of three brilliant, charming, and rambunctious little boys.